With a brand new multi-functional training arena set for a grand opening in just three days time on June 28, TapouT Fighting Club will continue to host the nation’s finest athletes and coaches. With Saracens MMA’s Muhammad ‘Smash’ Nour already installed as head coach at the facility, and with Saracens MMA founder Ahmed ‘The Prince’ Faress a permanent fixture, TapouT Fighting Club has long been a crucial component of the growth and expansion of Saracens MMA as a legitimate global force.

Now, aspiring athletes will have the opportunity to join Egyptian MMA’s finest exports as top-ranked BRAVE CF veterans Ahmed ‘The Prince’ Faress and Ahmed ‘The Butcher’ Amir join forces to present an intensive three-day seminar on 28, 29, and 30th of July. With limited availability, Saracens MMA encourages martial arts aficionados to sign up early in order to avoid disappointment. 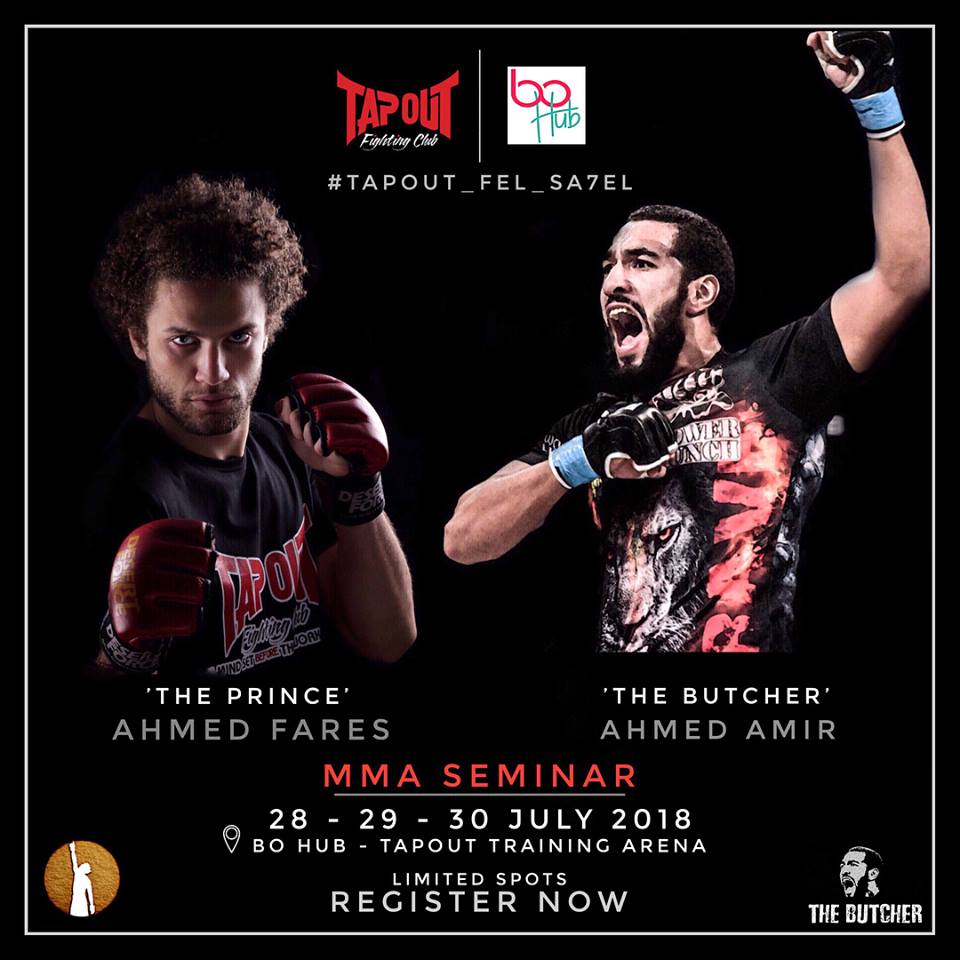 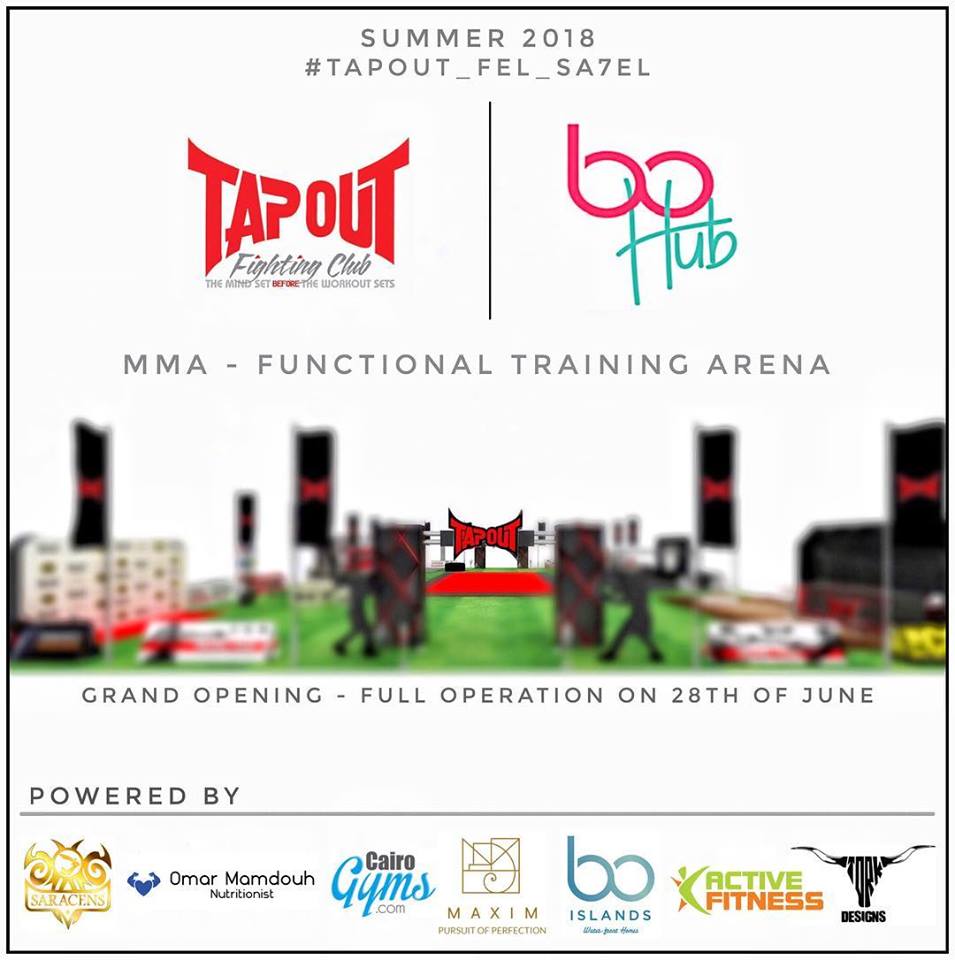 After a monumental display of guts, heart and tenacity against Swedish lightweight Erik Carlsson saw Amir pick up a crucial third successive win under the Brave CF banner, it’s fair to say that the world had begun to notice this inimitable talent. A personal invite to the famed Straight Blast Gym in Dublin, Ireland from world-revered John ‘Coach’ Kavanagh saw Amir rubbing shoulders with the likes of world class BJJ stand out Dillon Danis, and UFC’s legend-in-his-own-time, Conor ‘The Notorious’ McGregor, among others.

While Amir would later suffer his first loss as a Brave CF fighter on foreign ground against Brazilian Cleiton ‘Predador’ Silva in Belo Horizonte at Brave 11, Amir is fully focused on bouncing back to his brilliant best. A warrior with an insatiable appetite to become the most elite fighter in the 155 lbs division, it remains to be seen what challenge awaits ‘The Butcher’ next – but still only 27 years old and with a mere 10 fights under his belt, we know it’s just a matter of time before ‘The Butcher’ gets his hands on his first world title.

Now more than ever, the Brave CF roster should be put on notice, because ‘The Butcher’ will soon be back – and if his next ten fights see Amir produce the same kind of leaps-and-bounds progress as his first, you can guarantee he will be a World Champion by the end of it!

After all, this is JUST THE BEGINNING! 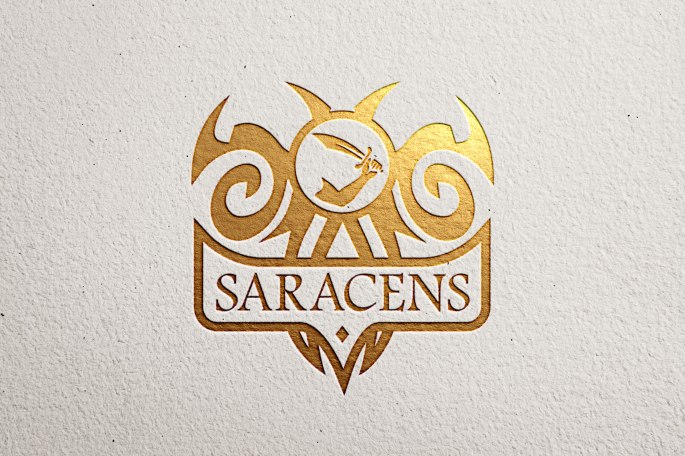 7-1 Egyptian MMA fighter Ahmed “The Butcher” Amir will drop to lightweight at Brave 9: Kingdom of Champions as he looks to maintain his unbeaten streak in the Bahrain-based organisation. As he prepares for his toughest challenge yet against Erik Carlsson (6-2), Ahmed reached out to his fans:

“Support and pray for me to win my fight on November 17. At Brave 9: Kingdom of Champions, the number one martial arts event in the Middle East and one of the biggest in the world, I will represent my homeland of Egypt, Kuwait, the country in which I reside, and Bahrain. I have a lot of love for the people of Bahrain and for His Royal Highness Sheikh Khalid bin Hamad who leads the organisation and supports MMA. I will always represent these three countries no matter where I compete and no matter where I live. This will be a very tough fighter, and I believe I will achieve my third consecutive win in Brave CF. Inshallah. Please support me and pray for my win!”

Ahmed Amir is one of the few athletes with a perfect record inside the Brave cage. Chasing his third consecutive win under the Bahrain-based promotion’s banner, the Egyptian will now complete his move down to the Lightweight division and face his toughest challenge so far, Sweden’s Erik Carlsson.

The bout will take place on November 17th, at Brave 9: The Kingdom of Champions, during the International Combat Week, Brave CF executives made official today.

Ahmed Amir shocked the world at Brave 1 after knocking out the hugely favorite grappler Richie “Boogeyman” Martinez within the first round. At Brave 4, “The Butcher” improved his streak with a submission over SBG’s Kevin Koldobsky.

Erik Carlsson had a rocky start at Brave, with a second-round submission against Jarrah Al Silawi but then the “Last Viking” dropped to his original weight class and made a huge impact, viciously knocking out Gadzhimusa Gaziev with a knee to the body at Brave 6: Kazakhstan.

Brave 9: The Kingdom of Champions marks the promotion’s return to the Kingdom of Bahrain after a year spent expanding its operations and putting on groundbreaking events in countries such as Brazil (twice), Mexico, India, Kazakhstan and the United Arab Emirates. Brave 9 will be the culmination of the International Combat Week, alongside the IMMAF World Championships, under the patronage of His Highness Sheikh Nasser bin Hamad Al Khalifa.

At Brave CF 4: Unstoppable, Ahmed “The Butcher” Amir proved to be just that as he recorded his most impressive win to date, running through Straight Blast Gym’s Kevin Koldobsky in less than a round and a half! The Argentinian, training under the famed Coach Kavanagh and alongside Conor McGregor in the Republic of Ireland, was unable to hang with the superior grappling of the Egyptian ace!

Ahmed “The Butcher” Amir defeated Richie “Boogeyman” Martinez on September 23, 2016. Despite being a prominent Brazilian Jiu Jitsu black belt under the famed Eddie Bravo, Martinez was unable to get the better of Amir in Brave CF’s inaugural show.

Ahmed Amir is set to make his official Lightweight debut at November’s Brave 9: The Kingdom of Champions. Brave Combat Federation has announced the Egyptian will take part in the groundbreaking event as he looks to improve his promotional record to 3-0. Amir hasn’t fought since last April when he defeated former Conor McGregor training partner Kevin Kodolbsky via technical submission. He follows Alex Trinidad, who has also been added to the event recently.

After starting his career at Welterweight, Ahmed Amir has used his first two Brave appearances to get used to his new weight class, especially against Kodolbsky when he agreed to a Catchweight contest with the Argentinian. At Brave 9, he will make the Lightweight limit of 70 kg. for the first time with an opponent to be announced over the next weeks.

After signing his third bout agreement with Brave Combat Federation, Amir was full of praise for the impact that the promotion had on the Middle East MMA scene and hopes to put on a show at the November event.

“It is a remarkable opportunity for me to be part of the Brave International Combat Week in Bahrain. I would love to use this opportunity to represent the Arab world and to prove our sporting excellence. The growth of MMA was systematic and dynamic in the Middle East due to the intervention of His Highness Sheikh Khalid bin Hamad Al Khalifa. The current status of the sport is focused on the development of the athletes. Any support that athletes of Middle East receive is valuable and it helps them to highlight the pride and legacy of the Arab World”, said Amir.

Brave 9: The Kingdom of Champions is set to take place on November 17th, at the Khalifa Sports City Arena. The event will highlight the International Combat Week alongside the IMMAF World Championships which will also take place in the Kingdom of Bahrain.